Tales of My Skin Chapter 2 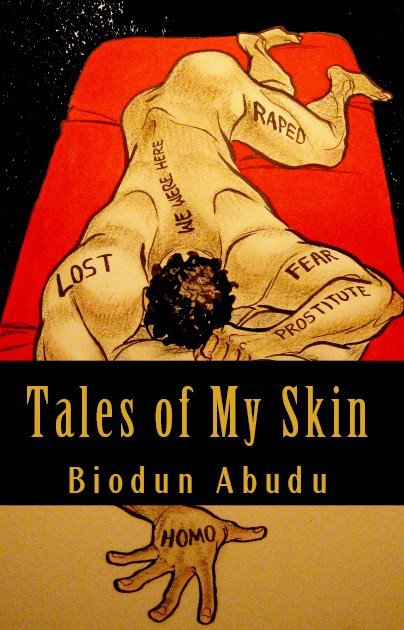 Tales of my skin

Based on a true life story

Disclaimer
Some names and identifying details have been changed to protect the privacy of individuals. I have tried to recreate events, locales, and conversations from my memories of them. In order to maintain their anonymity, in some instances I have changed the names of individuals and places. I may have also changed some identifying characteristics and details such as physical properties, occupations, and places of residence.

Growing up, my whole family saw me as the boy who was sweet, innocent, handsome, and always wanted to be different. Most of all I was the child who, one way or the other, was extremely strong willed. They were right in their perception of me, but what they didn’t know was that I also was the young boy with many deep secrets and a pain most would only attribute to an adult. While other children my age were busy expanding their vocabularies, the only words I knew well were those that had to do with sex. But I did not dare tell a soul about what was going on, instead I continued to suffer in silence.

I come from a family of two other siblings, one sister and one brother. Later in life, I would learn that my Dad had fathered several other children, to this day I haven’t been able to confirm or deny their existence. I am the eldest of my siblings and everyone has always told me that I needed to be the one to pave the way for the others.

Our extended family is rather large; I have lots of uncles, aunts, and so many cousins that I couldn’t even begin to list them. It was these cousins, most of whom were females, who had the biggest influence on my life as a young man. My cousins took me everywhere with them so it was only natural that I picked up some of their mannerisms along the way. Early on, I can remember thinking that I must be a woman myself because I couldn’t understand why I was in the midst of all these women if I wasn’t one as well. I often told myself that I didn’t have the breasts, hair, or features of a typical woman because I was just simply a different kind of woman.

When I was six my Mom left me with my Dad and his new wife in the U.S. so she could return to Nigeria to open up a business. I hated living with my Dad, it was a nightmare from the very first day.
I remember sleeping on a small cot in the corner of the bedroom he shared with his wife in their small New York apartment. I remember dreading when night would come, because there would only be two things on TV that my dad would watch.

It was about this time that I started wetting the bed. The first few times I did it my Dad would give me a spanking. So I started conditioning myself to get up early to clean up the evidence.
When my Dad would travel for work, my stepmother used these opportunities to take her hatred of my mother out on me. I remember occasions where she would cook a meal for herself and not share any of it with me. Or, if I complained about not having any food, she would cook, serve herself, and then give me whatever was leftover. I would have to sneak into the kitchen and steal little boxes of cereal when she was asleep. When I told my Dad what had happened while he was gone it would fall on deaf ears, so after a while I simply didn’t say anything.

My mom sent for me when I was around eight or nine, after she had started her business and gotten somewhat settled. Once I left the U.S. to return to Nigeria, I never heard from my Dad again. I sometimes wondered if he even thought about whether I was alive or dead. It’s not as though when I was finally living with my mom again in Lagos that things were any better. We moved around a lot, and sometimes I felt as though school was the only constant place in my life. When we stayed with other family or friends I would have random nannies, mainly older males, to care for me. I am not sure what caused it all to start, maybe it was because even as a young boy I had feminine characteristics, but they always seemed to have an opportunity to take full advantage of me.
Back then, I saw it as love that these men gave to people they wanted to be with, but in reality it couldn’t have been further from love.

It marked the beginning of my years of abuse. On one such occasion I remember staying with our neighbors who had a son just a few years older than me while my mother went to work. I am not sure why this particular instance stood out, perhaps it’s because it came from someone who was also young, I never knew I had to distrust other children as well.
I was crying because my mother had just dropped me off and I wanted to be at home. “Why are you crying?” he asked, “Your mom will be back soon.”
“She always says she will be back and I never see her until night time,” I answered, still sobbing.
“She loves you though, you know that right?” he asked, looking at me to answer.
“I don’t know if she does love me, I think she loves her friends more.”
“What friends?”
“Plenty of friends, some who are only boys and even your daddy is her friend.”
“Oh, those kind of friends, we can be those kind of friends too,” he said. By this time I was very confused.
“But in order for us to be friends you must do something for me first,” he said.
“What do I have to do?” I remember asking.
He never really said anything after that, simply grabbed me and placed his lips on mine. I remember not really being alarmed, I just thought it was a way that friends showed each other affection. I remember kissing him back and being happy that I had a friend that cared so much about me.
I called him my best friend and always wanted to go over to his house because he would give me things and be nice to me if I complied with all the ways he came up with to show me his love.
As a kid I was something of a day dreamer. I would imagine that I was on stage dancing and singing for people. Whenever my mum wasn’t around I would grab her heels and wig and dance to the latest Janet Jackson music video playing on the TV.

By the time I got to high school all I could think about was performing. One of my teachers told me that dancing was simply another kind of art and that I should continue to do it if that was my dream. After that I began participating in plays at my school, even dressing in drag to portray female characters.

I can’t recall every having any sexual experiences with girls. There was one girl that I had a crush on, and to this day I am not sure what exactly attracted me to her, but I do remember being sad when she told me her family was moving away. Her name was Morenike Adisa and I remember begging her for a kiss goodbye. She did allow me to kiss her but that was as far as it went. After she left, I returned to being my usual self, but even more feminine than I was before I had met her.

The complete Novel/Book for Tales of My Skin is now available on Amazon.com and also for the Kindle edition. Check Apple iBooks also.

Tales of my skin (Preview Chapters)

Tales of My Skin Chapter 1

Tales of My Skin Chapter 3

Theme by Anders Noren — Up ↑